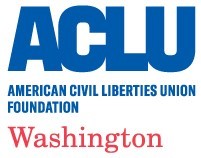 Spokane, WA – On January 9, 2018, Gabriel Gomez and the City of Spokane reached a final settlement in a lawsuit Mr. Gomez filed last August over a police officer having unlawfully detained him after he was the victim of a car accident. Under the settlement, the City has agreed to change its policies to make clear that its police officers will not question or detain individuals to enforce federal immigration laws, which they lack authority to do. Northwest Immigrant Rights Project (NWIRP) and the ACLU of Washington represented Mr. Gomez in the lawsuit, which was filed in the federal district court of Eastern District of Washington.

The court action stems from a traffic accident from August 24, 2014, when Mr. Gomez’s vehicle was unexpectedly struck by a minivan that failed to yield to the right of way. A Spokane City Police Officer was called to the scene of the accident. Rather than investigate the car accident and ensure the safety of the individuals involved, the officer contacted the United States Border Patrol to inquire whether the agency had any interest in Mr. Gomez, the victim of the accident. He was singled out for this treatment because he was Latino.

The officer issued a citation to the other driver at fault, and then permitted that individual to leave the scene. However, she continued to detain Mr. Gomez at the scene of the accident until the Border Patrol arrived and took him into custody. He was never provided any medical treatment despite being in significant pain. Mr. Gomez was eventually transferred by immigration officials to the Northwest Detention Center, in Tacoma, where he remained until he posted a bond with immigration officials. Mr. Gomez has a pending application for legal status to remain in this country.

As part of the settlement agreement, the City has agreed to modify its policies to clarify, among other things, that police officers “shall not contact, question, delay, detain or arrest an individual because s/he is suspected of violating immigration laws.” In addition, the City will provide training to the City police officers regarding the new policies. Finally, the City of Spokane has agreed to pay a total of $49,000 in damages and fees. The Settlement Agreement and the Modified Policy language can be found here.

“I have lived in this community for many years, and to suddenly have the police turn against me after being a victim in the accident really turned my life upside down,” said Mr. Gomez. “I am happy for this settlement. I want to be able to trust the police.”

“This is an important step towards ensuring that all community members receive equal treatment from police officials,” said Matt Adams, Legal Director for NWIRP. “The changed policies will help the City to move forward in working to serve all the community members, regardless of their perceived immigration status.”

“We’re pleased that the City has recognized the need to change its policies to prevent such unfair treatment of immigrants in the future,” said Enoka Herat, ACLU of Washington Police Practices and Immigrant Rights Counsel.