Please join us in welcoming the two newest members to the Access to Justice Board! We’re thrilled to have Esperanza (Espy) Borboa from the Eastside Legal Assistance Program and Terry Price with the University of Washington School of Law. The experience, perspectives and skills that Espy and Terry bring are valuable assets to the Board and Alliance. We sat down with Espy and Terry to learn a little more about them and what inspires each to do equity and justice work. 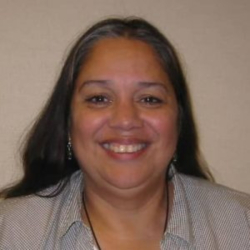 Esperanza Borboa is the Program Director at Eastside Legal Assistance Program based in Bellevue, WA, serving the civil legal needs of low-income residents of NE, East, and SE King County. Her work in the field of civil and human rights stretches back to the late 60’s in East Los Angeles. Marching to end the Vietnam War and protesting the conditions in her high school were the catalyst for a lifelong commitment to justice. She was a leader at El Centro de la Raza for fifteen years, working with farm workers, youth, and expanding our understanding of how we are connected to struggles from around the world. She was a Community Fellow at M.I.T. and worked to further develop the youth leadership model that helped launch the creation of the Institute for Community Leadership in Kent, WA. She was the Program Administrator for Seattle Universities Executive Leadership Program and then the Pastoral Leadership Program. During that same period, she fulfilled a lifelong dream to go to college and received her B.A. in History. Esperanza took part in the Consensus Group to revise the State Plan for the Coordinated Delivery of Civil Legal Aid and is an active participant in the Race Equity and Justice Initiative. She is a graduate of the Leadership Academy and Seattle University’s Executive Leadership Program. Esperanza was recognized for her work and leadership by receiving the 50th Anniversary Human Rights Award, United Nations, Seattle Chapter, and the Weyerhaeuser, Keeping the Dream Alive, Martin Luther King, Jr. Award. She is married with four adult sons, four grandsons, and one very feisty granddaughter. Si Se Puede!

Espy: My experience in the area of human and civil rights spans more than 30 years. Raised in El Sereno, a community in East Los Angeles, I carry the memories and experiences of a family struggling against insurmountable odds. I am a product of the Civil Rights and Chicano youth movement, which opened my heart and mind to what was happening in our communities. I wanted to be a part of dismantling the oppressive systems and find more human, just and loving ways for us to be. At an early age, I began to collaborate with individuals and organizations on issues facing our communities. Those issues included education, consumer protection, gangs, multi-racial unity, voting rights, farm workers, and our legal system. I have worked alongside remarkable men and women and on the shoulders of those who came before us.

Espy: I cherish the opportunity to meet people, learn their stories and combine our efforts to make the changes so desperately needed. The issue of race equity is paramount in my vision for justice and will be the lens by which I will serve on this Board.

Question: Any final thoughts that you’d like to leave us with?

Espy: I am the wife of a Vietnam Veteran, mother, grandmother, Tia, and sister to more people than my biological siblings.  I have a B.A. in History from Seattle University; however, my broader education was in the streets of Los Angeles and the thousands of miles my family and I have marched for justice.  My education also stems from working with non-profit organizations over many years and the international solidarity work in the 80’s with the heroic men and women of Nicaragua. The work for justice is universal. I have learned that justice often springs out of hard times, so I look forward to the opportunities ahead of us to battle injustice, and win. 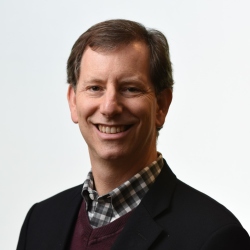 Terry Price is the Executive Director for the Asian Law Center and the Center for Law, Science and Global Health. In that role, he is responsible for the management and curriculum for J.D. and LL.M. students, and for advising current and prospective students about their academic paths. Terry has also taught health law courses for more than fifteen years, including Mental Health and Law, Beginning of Life: Rights and Choices, Legal Issues at the End of Life, HIV and Law, and also Family Law. Terry also teaches Family Law Fundamentals to the Limited License Legal Technician (LLLT) students. Prior to joining the law school, Terry was Senior Policy Counsel for the Washington House of Representatives Democratic Caucus, where he advised members about issues related to the House Judiciary, Public Safety and Early Learning/Children’s Services committees. For 2017-18, Terry was the President of the QLaw (LGBT) Foundation Board of Washington and he was a 2006 Washington State Bar Association Leadership Institute Fellow. Terry also has a Master’s in Social Work and worked as a clinical social worker in pediatric oncology and neonatology prior to entering law school.

Terry: I have worked in legal education for the last six years, and I hope to bring to the Board the perspective of how we train new lawyers to carry on this work. My own personal interest, from my time at the Legislature, is how the free access to Washington court records can be both a benefit and also an impediment to folks who do not know what information is available about them. I look forward to being the liaison to the Supreme Court’s Judicial Information Systems committee to work on those ideas.

Terry: I love working with groups of people with different perspectives to bring about change.  There are so many equal justice partners in this state, and there is much to learn from everyone.

Question: Any final thoughts that you’d like to leave us with?

Terry: I’ve already learned so much in two months—and it’s just beginning. I am just happy to be on this journey with this Board.